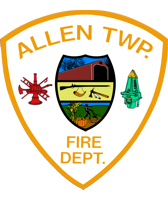 The Allen Township Fire Co. #1 was formed in 1944 by local citizens when a fire destroyed a house in the village of Kreidersville. Due to World War II still being in progress, the department did not receive its first fire engine until 1946. This truck being a 1946 Dodge / Howe pumper with a John Bean high pressure pump on it. The vehicle was only capable of pumping from the tank. Several years later in 1951,a used Chevrolet panel truck was purchased to serve as a utility vehicle.

The dodge pumper served as the only engine of the township until 1964, when the company took delivery of it's first "Class A" pumper. This engine was a International / Bruco Body with a 750 GPM pump and 750 gallon tank.

Shortly after receiving the new pumper, the department chose to remove the existing pump and tank from the 1946 Dodge and installed a 1000 gallon water tank with a portable pump to serve as a tanker.

In 1971, the department replaced the old Chevrolet panel truck with an International Van which was fitted to carry extra equipment and upon the departments' purchase of the Jaws of Life in 1982, was converted to carry rescue equipment. 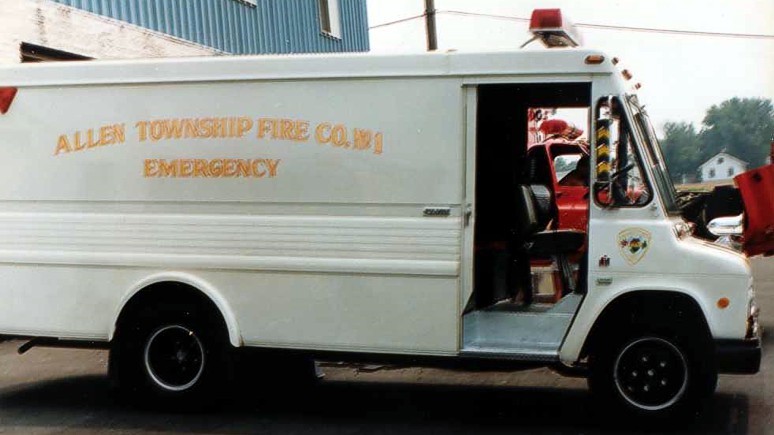 In 1972, due to ever increasing mechanical difficulties with the old Dodge, a used Diamond "T" oil tanker was purchased and converted into a tanker. A 350 GPM gas mounted pump was installed with a 6" dump valve. This truck to the older members was known as the "Mongoose" 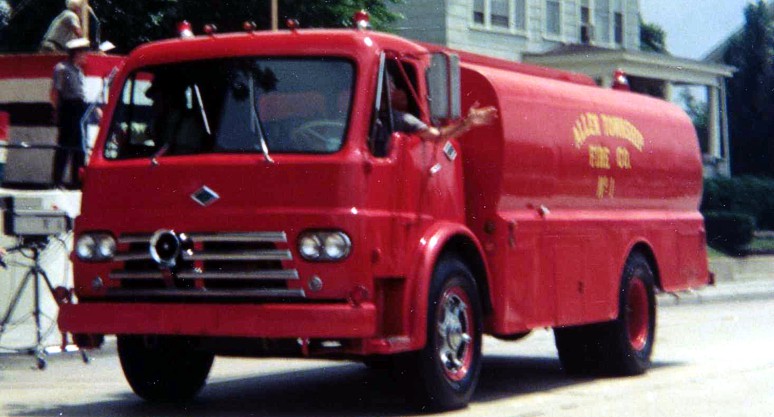 With the move to the new and current fire station in 1979, the fire department purchased a new Mini-Attack Pumper.

In an attempt to bring the department up to modern times, the department purchased a 1972 used milk tanker at a low cost from a local farmer and sent it to Four Guys of Meyersville to have it re-furbished into a fire tanker. This included a Hale 450 GPM PTO pump and jet dump.